I'm saddened by the need to author this blog post about a product that I once loved. For the last eight months I've been traveling around Australia in a custom built van with a Denon 4 controller connected to two SOUNDBOKs v3 speakers

and life has been pretty freaking good lately. Instead of maintaining open-source software I've been playing tunes to groups of people as the sun goes down and

hacking the firmware of the Denon Prime 4 to make it possible to SSH into the device and run custom binaries. The van build is now complete and it is amazing, so amazing that SOUNDBOKS themselves followed me on social media and sent across the following DM...

However this is where the love ends as last week SOUNDBOKS pushed out a "mandatory firmware update" to all users of their speakers without an accompaning changelog of explanation why it was mandatory.

After the firmware was installed onto both speakers I noticed something odd. The output dB has decreased and when turned to "11" (yes, that's an actual featute) the speaker output power which used to be outright amazing is now just meh and is what "5" was before the firmware update...

Now, as a reminder - I own two speakers - both speakers have had their performance nerfed by this firmware update. Concerned I posted my findings to Reddit and the SOUNDBOKS Facebook group and it turns out I'm not the only one...

I just updated it to 2.1.1 and i’ve noticed both the loudness being reduced and my precious Bass as well. I am truly disappointed and am thinking about sending it back and demanding a refund. I definitely didn’t pay 900 Euros for this beautiful speaker for it to be nerfed aber 5 months … screw that. - Keanu

I will agree that the output is less after the update. I’ve only had my soundboks3 for a week and prior to the update it was significantly louder - Joseph Thomasson

I just tested my SB3 which I had not updated yet, and it’s clearly louder than my friend’s who updated to latest version - Luka Gotsiridze

I’ve had the impression that max volume is reduced, but sound quality at higher volumes is improved. Wish I could test two speakers running different firmware side by side. - Middle_Name-Danger

I've the same impression. Saldly a friend did the update also already. MHHV-niddl

Alarmingly one of the employees replied back with "we are aware that the update is damping their sound more than it it should".

Okay - holy fucking shit - I have some questions...

On the last point - it turns out things are not well (tm) at SOUNDBOKS and they announced a battery recall program last week:

However I suspect, that the true answer "behind the sound dampening" lies in the fautly design of the charger/battery system on the Generation 3 SOUNDBOKS.

To use the speaker past "5" (pre-firmware update) one needs run purely off battery power. Okay, so now you might be wondering - what happens if the charger and battery is connected at the same time? The SOUNDBOKS v3 destroys the battery and reddit is filled with stories that prove it.

When I first purchased these speakers - circa 8 months ago - at a total cost of $3198 AUD - there was no information provided that the speakers cannot run off mains power and cannot be run "past 5" (pre-firmware) update.

Over the last month SOUNDBOKS has been quitely rolling out updates to their website and marketing materials with ever increasing verbosity and as of a couple days ago there is now a brand new dedicated "battery help" page on their website.

I suspect, that in the latest firmware update, SOUNDBOKS fixed their issue of batteries being cooked by running systems above 5 (pre-firmware update) by recalibrating the volume by making what was 11 now 5 aka deceptive and dodgy af business practices.

Concerned - I took the speakers into my local forest, cranked both to 11, slapped on some dark berghain techno, measured the output with a decimal meter and here's what I found.

The speakers which used to do 126db at 11 (pre-firmware) and last a couple hours can now only output 90db (post-firmware) and the battery life now lasts significantly longer - which to be clear - is a bad thing.

So, I thought my van was "complete" but it turns out I'm going to be returning them to JBHIFI if a suitable resolution and explanation from SOUNDBOKS is not provided.

Does anyone have any recommendations for what to get instead of SOUNDBOKS for my van? Let me know on Twitter. 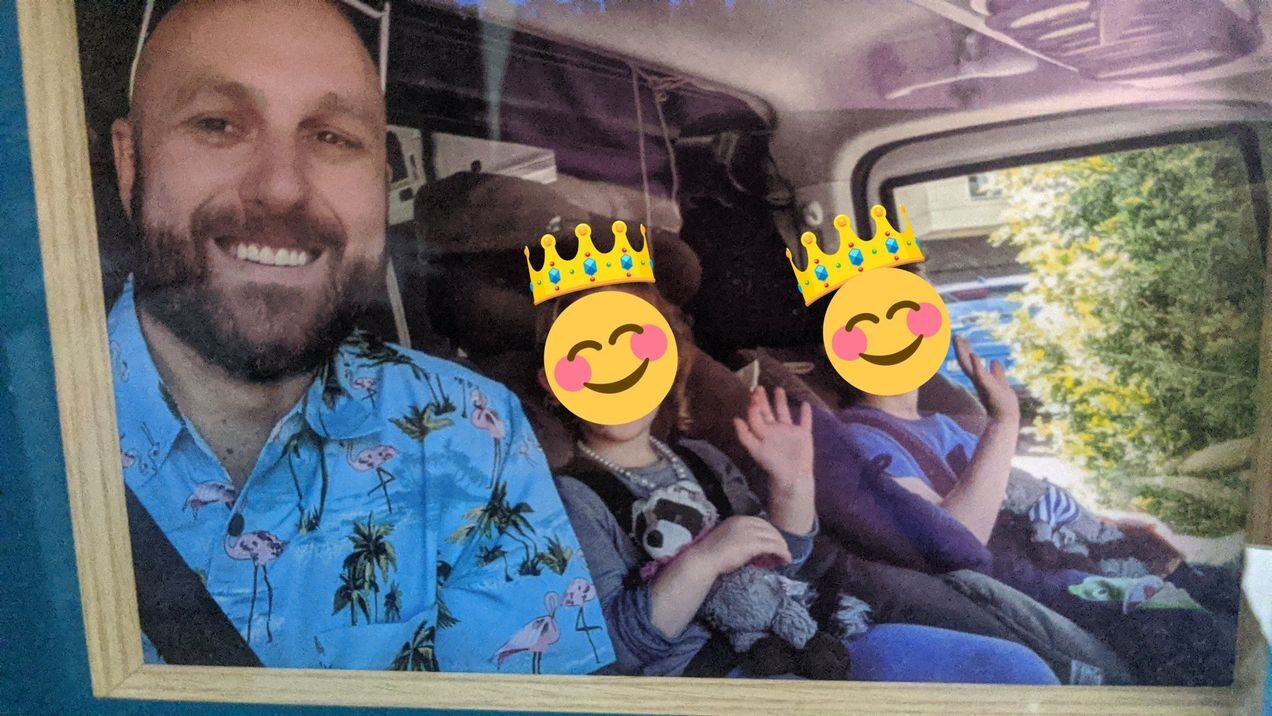 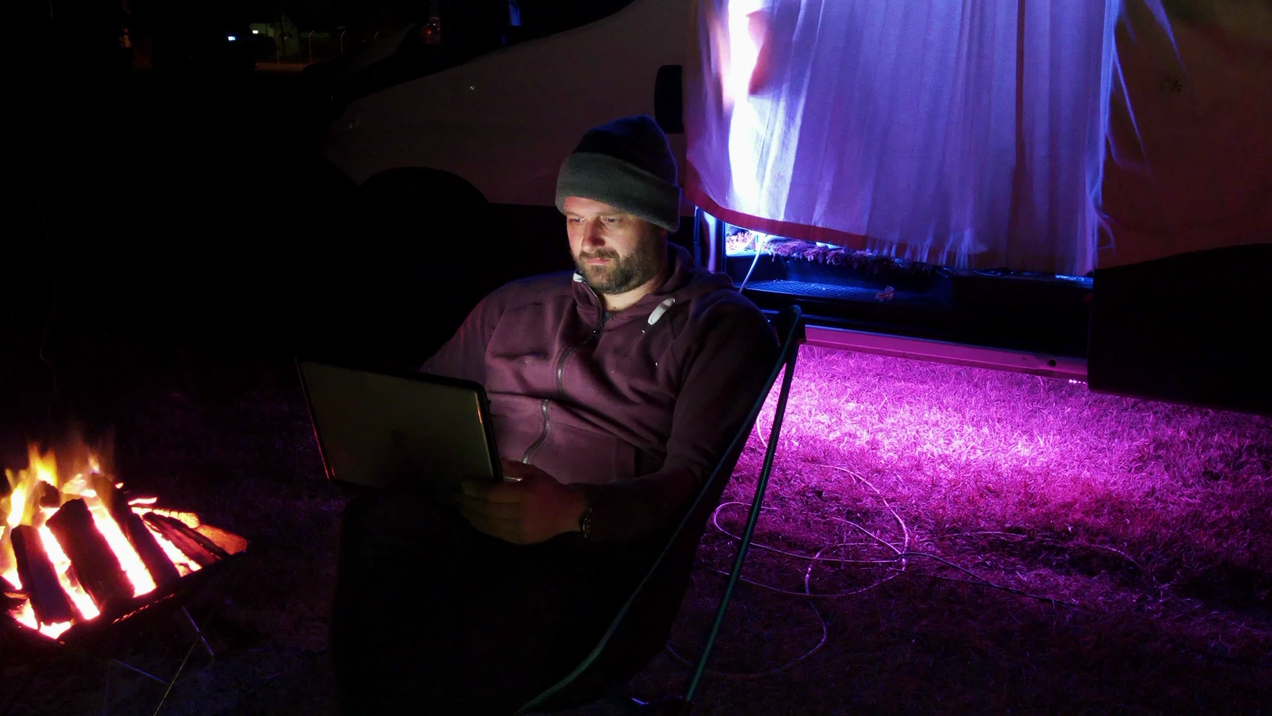 my office is a tent that my employer purchased for me

If you look up on Instagram, you'll see jaw-dropping pictures under the hashtag #vanlife. It's true. The big blue world is freaking beautiful, but beauty comes at a cost.