If you have been keeping a careful eye on GitHub commits you might have already guessed that after a long break from .NET - I'm back.

I'm still a super huge fan of functional programming (and Haskell) but due to multiple waves of redundancies (and judging off their careers page - a departure of the CFO) at a previous employer I've had to pause previous engineering leadership ambitions to help bring haskell to the masses. There definitely is a huge pool of people out there wanting to do Haskell as their day job and use it to build real products that make money. Haskell is definitely a way companies can solve their talent acquisition problems.

Anyway, Jérôme Laban upon hearing the news that my previous employer had left me stranded in Seattle hinted that I should work with him on the Uno Platform. To be honest - at first I wasn't sure as I've previously done quite a-lot in the Xamarin ecosystem and was half-way through a ecosystem transition. I distinctly remember asking Jérôme "What makes Uno special?":

and that won me over. For the last couple of months I've been shipping features along side the engineering team, crafting code examples, supporting + pair programming with community contributors, documenting knowledge, and acting as an internal advocate and feedback-getter.

Even though I'm in love with Montréal, I'm not going to be moving here. I'll be shipping commits remotely from my office back home — Sydney, Australia. 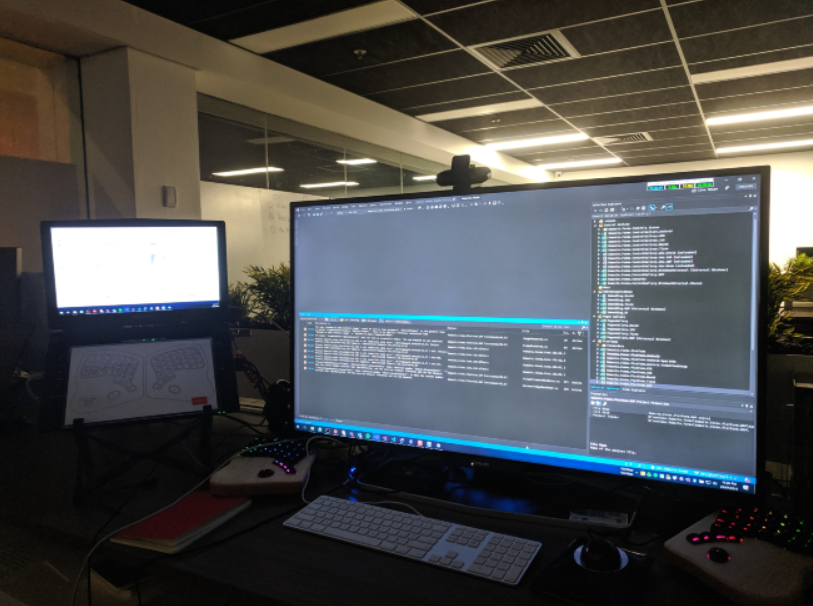 Speaking of Montréal, Québec. I'm here for UnoConf and will be staying around for the next couple weeks so if you want to catch up for a cup of ☕ just ask.

UnoConf is tomorrow and we are releasing some cool stuff (tm) that I've been working on. If this is your first time here in Montréal here’s a list of ideas to help you fall in love with one of my favourite cities.

If you can't make it, stay tuned to the livestream to learn more.

This is my personal slice of the internet. Everything here is me and is my opinion. Do not quote me as “$company person Geoffrey Huntley said” – if I speak for a company, I will publish on its channels.